a little breath or a draught?

You can be open, too open, secretive or uncaring about telling people about yourself. However, it is only if people know you that you can have a fruitful relationship. Human beings tend to fear hermits or those who are intensely taciturn. Each of the pane JOHARI discussed could be opened by the individual too wide or be shut. What happens if you open one pane and reduce other panes? What relationship will you likely have?

An individual  who opens the arena pane –the area known to him and others – wide  will likely be open and trustworthy. His level of predictability would be high  to those who interact with him. The hidden self is small while what is known to him and other people are large enough for others to accept him. He is likely to have a high self-esteem and confidence and with none or little ‘skeletons in the cupboard’. He will also like having satisfying communication with other people. Those he comes in contact with can trust him and it is also possible for others to hurt him because he is like an open book. While this quality affects the person, his openness and trust will also help him to overcome pain and hurt, which he will likely go through when people intentionally hurt him in a relationship. He is able to develop a strong “shock absorber” to cope with the difficulties of life.

An individual whose blind pane– the area not known to him but known to others– is wide is highly unsure of himself. He has not been able to know himself thoroughly so it is difficult for others to know him. His potentials are not fully tapped and there is the possibility of his being manipulated because `others know more about him than the he knows about himself. He is also likely to have low self-esteem thereby leading to lack of self-confidence and the need to leech unto others.   This in turn affects his interpersonal relationships and communication and it is possible for people to suggest to him, use him even against his own interest, and will. People will always tap his talents and potentials for their own interest rather than use his potentials for what will help him.

The individual with an unknown pane–area not known to him and unknown to others- wide open  is not well known by anybody involved in a relationship with him. There is a high level of uncertainty since most information about him is hidden. The aspect unknown to others is also not known to him. As a result of the large percentage of hidden self there is less self-disclosure. The tendency is that an individual, like the one with this nature, keeps to himself, does not have so many friends but can open up to those he trusts fully and believe in while he is secretive and will rarely mix. Those who are close to him can play on his secretive nature and use him for their own advantage. They will play on his innate fear of others to create enemies for him where there are none.

An individual whose facade pane–area known to him but not known to others– is widely open may be living a lie or not being true to himself. He may also be putting on a mask for people. This mask, therefore, hides his true self. This may be done intentionally because such individuals may hate being hurt. So, he puts out the view of being harsh but deep within him, he is not harsh or hard. Those who are able to break the ice to cross over to his side see the true person. Some times his real actions bring out his real person.

Self-disclosure is based on trust and faith. The individual who discloses himself to others is always at risk since they can misuse the information. In order to evolve a benefiting relationship, however, the individual is expected to take this risk. In cases where his trust becomes misplaced, he can always create a distance between those who misplaced such trust. The enhancement of interpersonal communication through self-disclosure is worth the risk taken; for a fulfilled relationship between people can substitute and  do replace  relationships that never start or are broken in the course of building them.

NOW, THAT YOU HAVE KNOWN WHAT TO DISCLOSE ABOUT YOURSELF AND WHAT NOT TO DISCLOSE, AND HOW TO DISCLOSE YOURSELF; WHAT OTHER ACTION WILL HELP YOU HAVE A SUCCESSFUL LIFE JOURNEY?

Femi Adedina is a writer, motivational speaker, poet , novelist and a film director. He has been a teacher for more than three decades and love to listen to music, watch films- most especially comedies- and enjoys watching and studying people. He also loves travelling and meeting new people. A curious individual, femi loves charting uncharted paths and innovating.The new name ayékòótóFMD means ( the world hates TRUTH. The word Ayekooto in Yoruba is also the name of the PARROT. The FMD in the new name is the acronymn for Femi Dada View all posts by ayékòótóFMD 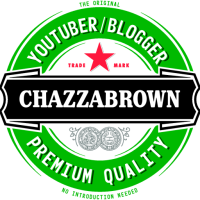 The role of a writer is not to say what we all can say, but what we are unable to say...

we are fish that play in a sea of light

The blog where you learn, laugh and get inspired

Tales of humour, whimsy and courgettes

"The truth is like poetry, and most people hate poetry."

I Solemnly Swear I Am Up To No Good